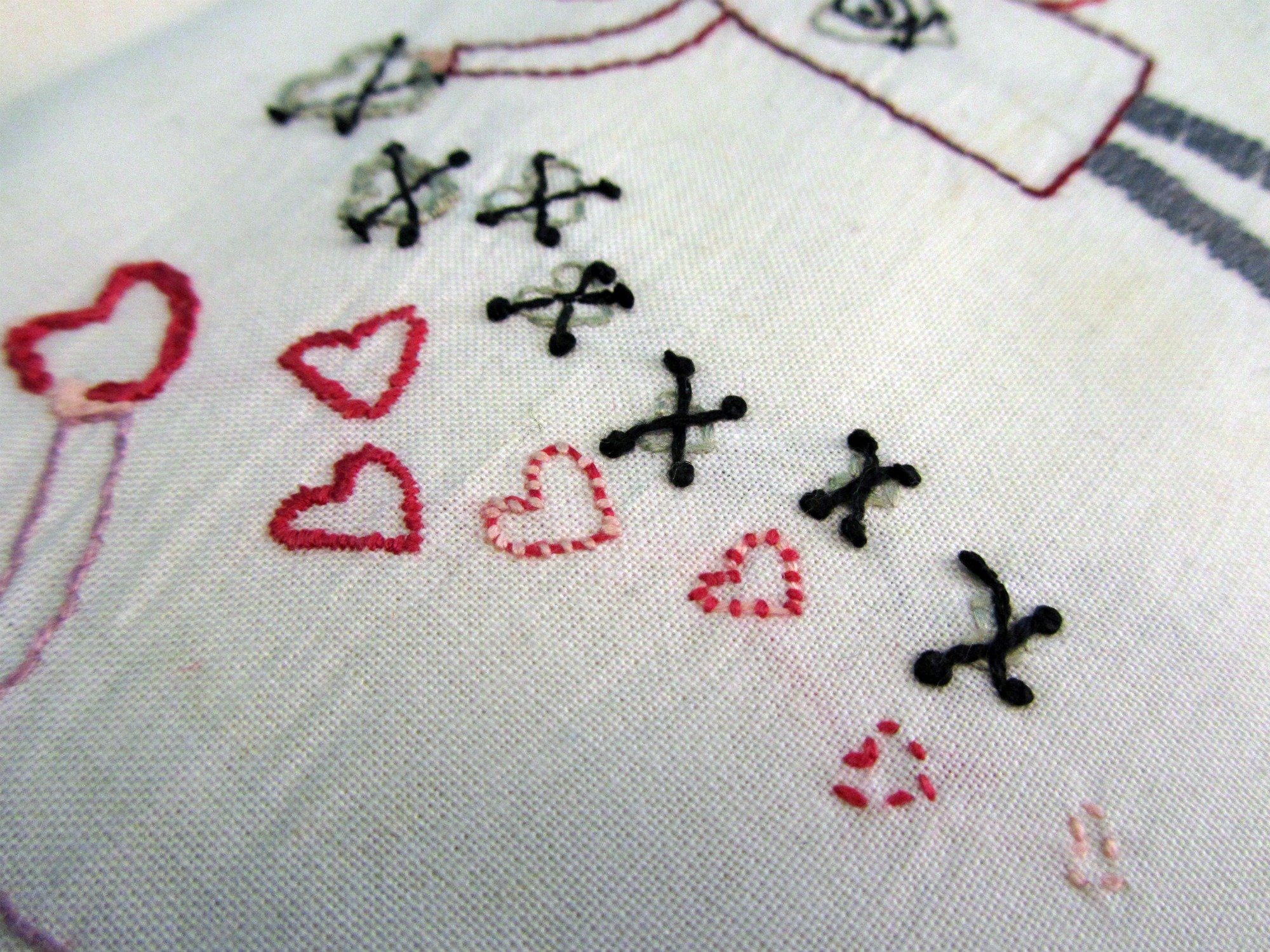 So, I was able to do my very first pattern testing! It’s been one of those things I’ve always wanted to do, but this was the first time I volunteered and was accepted! Rachael from Imagine Gnats is one of the more recent bloggers I’ve started following; she was taking part of the Sew Mama Sew giveaway week last December, and I was attracted to her blog content to become a follower! She did a casting call for pattern testers and I’m glad I was able to test out her patterns (which can now be purchased from her esty shop or directly from her blog) and give her my feedback.

So of course you want pictures, and here they are:

Okay so here’s my experience with the patterns. Firstly, they are beyond adorable. No seriously it is! Rachael in my opinion is talented with her art and images that she creates, which is why I really wanted to pattern test for her. The instructions were clear and well written, however I was having some difficulty determining which colors were which on the color key. This wasn’t Rachael’s fault by any means; to save paper I had just printed out the pattern images and was working off my computer for the color key guide, and of course all screen resolutions are different. And I’m not implying that stitching the patterns up while watching Star Trek: Deep Space Nine* on netflix had anything to do with it either**..

I ended up deviating (mostly by accident) from the color guide; which obviously isn’t a big deal, and I think it still came out pretty well. In addition, I did some different stitches than what the pattern called for, mostly because I couldn’t get a very good straight stitch due to me being left-handed. I did some chain stitches, couching, and lazy daisy to make the hearts on the girl’s cape; this was the most personalized touch I did. But this is the wonderful thing about patterns; they are guides not rules! In addition, I gave super-hero boy a garnet streak in his hair, just because he’s giving off this ‘teen angst’ or ‘punk’ vibe and dare I say even.. emo.

I consider myself beyond intermediate, but not an expert, but I made a rookie  mistake.. I forgot to double up on my fabric because you can see my threads showing up in the back! Woops.

I want to thank Rachael for giving me the opportunity to test out her pattern! I was able to give her some feedback on the color guide and I’m sure she implemented them. If you buy her patterns, you won’t regret it! They are fun and are actually good patterns to get your feet wet if you’re new to embroidery.

And here’s a closeup of the hearts together.. my favorite picture I took of the embroidery work:

For now, I haven’t decided o n what I plan on doing to the piece. I know I can’t just leave it on the fabric, but I’m not really a fan of decorative holiday pillows, so for now it’ll stay safe in my sewing room. I can see myself making it into a mini quilt to hang onto the wall, but I’ve got other commitments that need my attention!

**Actually I am. Dr. Julian Bashir is dreamy to look at.